This article started as one of my beloved listicles, but then I remembered there’s an apocalypse out there, and realized that what I have to say this time actually matters a lot to me, personally, so it ended up being a string of semi-connected paragraphs with a (hopefully) similar theme. You know, like usual.

In the simplest of terms, everybody lacks words from time to time, and it’s better when you have the chance to ask your fellow typing-alonger or group-chatter than google everything. (My household still uses online translation more often than not, though, being, you know, bilingual and all that. There are words we’ve forgotten we’ve ever even known, in both languages.)

Watching other people suffer alongside you does wonders. I’m not saying all writing is suffering. (If it were, hey, I wouldn’t have been doing it for the past quarter of a century.) I am saying that, sometimes, for people around you (is it insensitive if I write that, considering?) it can get hard to understand exactly what you’re going through. Even though no two writers’ experience could ever precisely mimic one another, writers are still much more prone to getting you than non-writers. My best friend and I met thought NaNoWriMo (and it does sound weird as hell when you put it like that). My partner and I edit each other’s stories and novels and bounce ideas off each other. I’m not sure what my life would look like without either of them. I am sure I don’t really want to know.

Beta readers are worth their weight in gold. Editors, quite similar. It’s important to remember that not one beta reader and/or editor is perfect, and that, if more than one person gets the story you wanted to tell in the exact opposite way than you wanted it, dear writer, it’s not them, it’s you. Trust yourself above all, but never forget to trust your readers, too.

Need a reason to keep writing? Your friendly writer friend’s bound to have dozens. And vice versa! (Sometimes, it’ll be a writing blogger from across the planet whose cat is, as of writing these words, trying to shed all over the keyboard, tablet and brand new DIY desk. Nobody’s perfect.)

And occasionally, you’ll have writing friends as awesome as some of the people I know apparently are, and you’ll all get together under heavy emotional and economical stress and produce a fiction writing and publishing event which will get you through the weirdest (and, possibly, scariest) social disaster you could (n)ever have imagined.

What I meant to say today is… don’t you ever, ever frakkin dare go it alone. If you’re writing completely on your own, either you’re a completely accomplished alien played by Tilda Swinton, or you’re having serious issues with your wi-fi connection. Both are valid. None are acceptable.

I’m not often one to speak in absolutes (even without dragging one of my favourite fandoms of all time into the equation), but this I shall say: if you don’t have one, get a writing buddy ASAP. The writer is not a lonely animal, no matter what the non-writing heathens say. We need community to learn to speak, to learn how to read and write, and, when we’re over the age of eight or so, to learn our craft and keep improving on it till the day we quit, feet first. I wouldn’t have had my first genre short story published if not for a firend and a bet we made. I wouldn’t have a novel to my name if not for a very dear friend who said ‘let’s do this’.

If not for various types of writing communities throughout the years, I probably wouldn’t be writing this, either. Sure, there are as many caveats as you could imagine in this topic, since humans are the most complicated creatures you’ll ever meet, but I still truly, deeply believe (there I go again) that you shall. not. write. alone.

So, if there’s one thing you do this year, apart from calling your mother every day (yes, I know, you’ve spoken yesterday, tough luck, push the virtual button again), please, for all of our sakes, if you don’t already have one, get a writing friend. Reach out to somebody you know who writes. Find an ongoing writing challenge. Join a fanfic event for your favourite ship and interact.

Yes, it’ll be hard. But writing by your lonesome is probably one of the hardest things out there, lurking just around the corner to grip the unassuming baby writer with its claws.

And then you should probably go back to writing. Or solving jigsaw puzzles. Or whatever it is that the kids do these days.

Photo by Marvin Meyer on Unsplash. 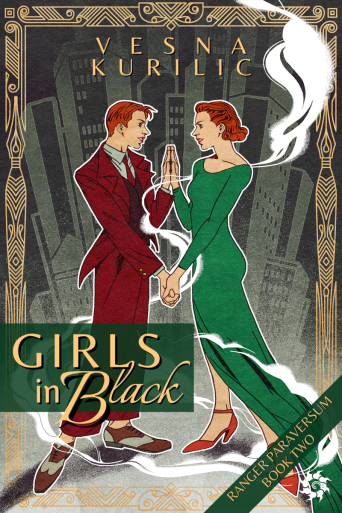