Awards, Deadlines and Cosplay, Oh My!

Since I’ve put the blog on hiatus for an innumerable amount of months (can you even use that phrase in this manner?), do excuse me for having forgotten how to write a blog post altogether and do enjoy yet another listicle composed of deeply personal impressions which may have nothing to do with the real world.

Without further ado, several things have happened in the past eight months, listed here from last to first. 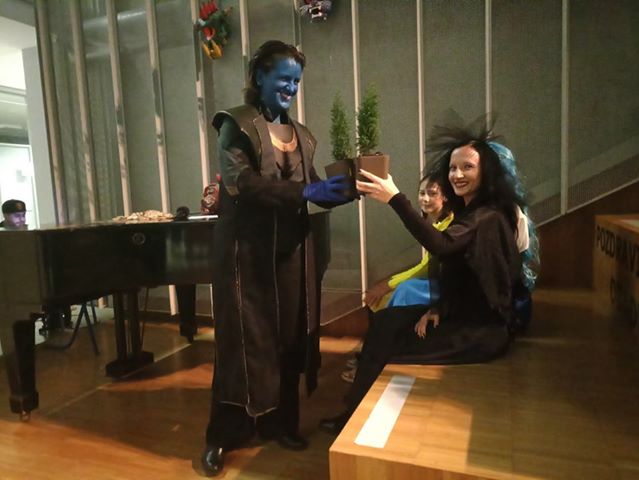 You might have already seen this photo, taken from the front row by the inimitable Mihaela Marija Perković, floating around. That’s because it’s freakin’ awesome. Rikon 2018

#1 Artefakt Award for 2018. I am still a bit shocked (since it actually happened quite fast and recently and it’s still sinking in) to note that my first novel, Izazov krvi, has been the recipient of the Artefakt award for young adult fiction. The award is given by the 3. zmaj NGO in Rijeka, Croatia, and the young adult fiction category is judged by a team comprising of teenage reading group members. It was also deeply satisfying to receive the award alongside my friend and colleague representing our Library, the Rijeka City Library, which was awarded this same year for contribution to the Croatian fandom. Stuff like this does happen to get the sequel writing process going, I might add.

#2 Team Cool at Rikon 2018. I’ve already written about group cosplay. Still, nothing can actually compare to what I’ve had the privilege of being a part of during the past month, leading up to and including singing Let it Go to a full auditorium at Rikon on Oct 6th, 2018. Our group, labeled “Team Cool”, consisted of 11 cosplayers altogether, one seamstress, one apprentice seamstress, several prop builders, several prop painters, hours of research, days of cosmaking, and one Legendary Pokemon guardian spirit. The pleasure was all ours. Since I have a hunch I’ll be wanting to write more about the whole experience in the future, just have a photo to get you started with the idea, and tune in later for a detailed write up of the whole process. 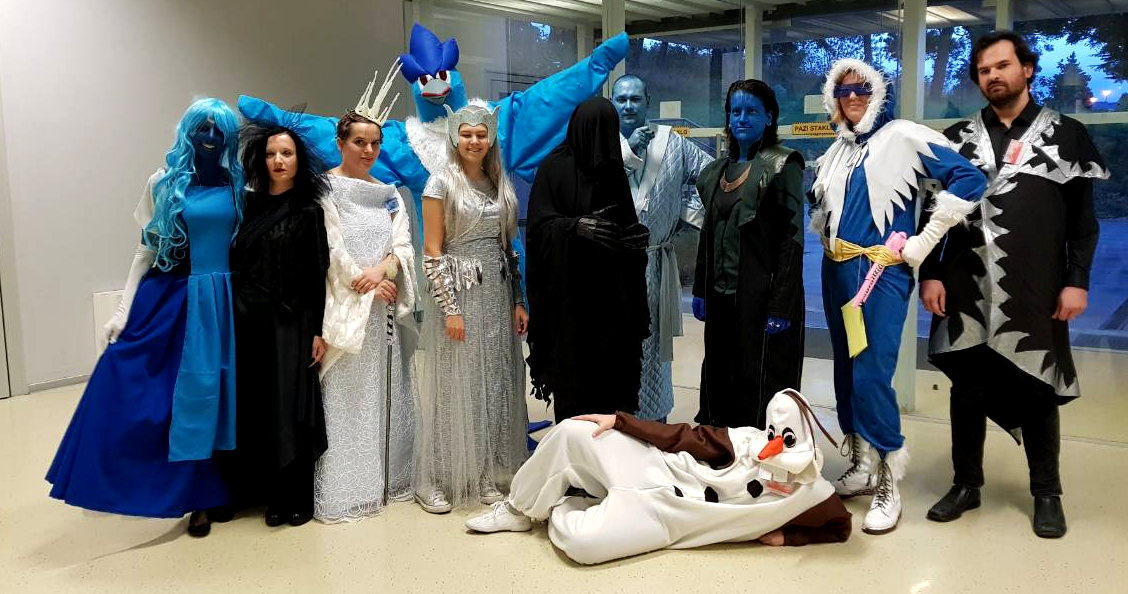 #3 We bought a fridge. While this might seem like a tiny, insignificant detail, it did in fact impact my whole life in the past few months, especially since that was the same month I chose to have quite a big tattoo made. I’m still recovering from the ordeal, but I have to admit it was, both, totally worth it. Having fun being an adult, I guess.

#4 SFERA award for 2017 (yes, it’s awarded back) for best novel in the young adult category. This one was a bit of a surprise (even more so because I wouldn’t have said it was a novel for the younger audience, not necessarily), but it is very much appreciated. The call came through while I was having dinner in Novi Sad (undercover librarian business) and it kinda changed my life. Getting a novel polished enough for some stranger to read and then getting it out there proved quite hard, and by the time this, first award came through, I was already a bit tired from it all. Luckily, it proved, once more, that it was more than worth it.

#5 Me Made May. Since my phone card broke, I have next to no photos to corroborate this claim, but during the month of May in 2018 I wore only clothing I have myself sewn up. This included: pants, skirts, short-sleeved shirts, long-sleeved shirts, button downs, undershirts and one jacket. (Also, wore but didn’t count: pajamas.) The fun thing is that this was my first MMMay every and most clothing I wore was made in 2018. So, I’ve had a lot of fun with my Singer sewing machine and with my gradma’s fabric stash. (I am happy to note that all the sewing has barely scratched the surface of the stash itself. Yaaay frugality!) Sewing for cosplay (I made or helped made most of the costumes pictured above) has put a dent in my time and energy, but I’m tackling a new coat in a few weeks’ time, as well as making even more pajama bottoms. Since it’s been quite a few months since MMMay, I can’t currently write more about it, but I’m definitely looking forward to next year’s feast of sewing.

Things that I plan to do in the following eight months or so:

#1 Deadline: Nov 30th – write Brigitta’s Tale in English. There’s a reason for this particular list, and it has everything to do with this post (and the person behind it): Izazov Krvi wins the Artefakt. The problem is, Mihaela’s enthusiasm is contagious, and we had a brainstorming session yesterday evening which ended up with me confessing I’m currently more interested in telling the story I’ve envisioned for Novel #2, than the story for the direct sequel to Izazov krvi, and Mihaela, being the editor she is, prompted me to write that story for a call for novella sized stories which ends in November. So, um, yeah. No outline. Just an urge to be problematic. Yay!

#2 Deadline: March – Write Stjepan and Kuzma (working title Frostbitten Dark in Mrkopalj – ummm…) in Croatian. Set fiveish years before Izazov krvi, this one’s set in the small town of Mrkopalj, quite close to Fužine – but a home to a completely different pack of wolves. This story’s already begun and heavily outlined, and I’m actually looking forward to telling it. (Also, the character of Kuzma from the first novel was as much of a fan favorite as any character can be, so it wasn’t hard to choose him to write about.)

#3 Deadline: March – Write the sequel to Izazov krvi in Croatian (maybe for NaNoWriMo?). I am not talking about it.

#4 Deadline: May 1st, 2019 – Make my first full cosplay armor ever. Nobody said it had to be easy, right? I’ve been insanely lucky to have my partner agree to being the arm candy to my idea of Lord Vaako for Sferakon 2019. Feel free to google it, since I have no idea if anybody even remembers them apart from me. Getting serious chills just thinking about it, especially since I’m still on a bit of a high from Rikon 2018’s Team Cool.

#5 Deadline: February 2019 – Get at least three new tattoos. If you count tiny ones, one’s already agreed upon, and I have at least four ideas for new ones – it all depends on how I manage to squeeze them into the budget. (Also, I’ll be running a part of the programme for kids at Rijeka Tattoo Expo during the last Sunday of November – drop by and say hi if you’re coming, too!)

#6 Try to get Izazov krvi translated into English. (No deadlines. So far. Who knows…)

It is going to be a bumpy writery ride. Let’s have a go at it!